Borderlands 2, the popular RPG/FPS hybrid from Gearbox is well-renowned amongst gamers for the steady stream of Downloadable Content (herein referred to as DLC) that it has generated since its release. In fact, this is probably one of the few games which has outstripped the remits of its season pass and continued to release content beyond that. Amongst gamers, one thing was for sure, Borderlands 2 would always produce DLC. It is a nice little earner for Gearbox, and of course, gamers loved the decent content that was being pumped out. Sadly though, it seems as though the Borderlands 2 DLC is coming to an end. I for one could not be sadder about this (I really do enjoy this content, I swear!). 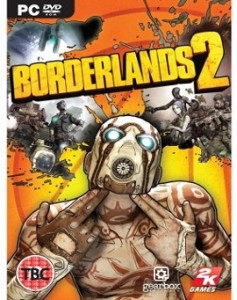 Now, we have two different pieces of content in the pipeline. Gentleman and women gamers it is time to call off your Valentine’s Day plans as the first bit of content is expected to launch on the 11th (could be a nice chunky bit too, and that means you are going to be playing all the way through to the 14th….naturally). This piece of content has been titled ‘Mad Moxxi and the Wedding Day Massacre’. This DLC, which promises to be at least a few hours of fun. This DLC looks at the story between the Zaford and Hodunk families. These are found later on in the game in a mission based around their clan wars. This mission will include a couple of cool extra features including love potion making, new weather systems, and of course, a couple of extra heads and skins for killing the main boss.

The second piece of content will come in April. Headhunter lovers rejoice. This will be the 5th and final headhunter pack. At the moment we know absolutely nothing about it…apart from the name. This is ‘Sir Hammerlock and the Son of Crawmerax’.

All of this content will be launched for all of the platforms that Borderlands 2 can be found on at exactly the same time. This means it will be popping up on Windows, Mac, Playstation 3, and Xbox 360. The price will be $2.99 for the Valentine’s Day content. It is currently unknown how much the headhunter pack is going to be. It will most likely be along the same lines, if not just ever so slightly more expensive. Neither of these packages will be included in the season pass. That has long expired.

Now, Borderlands 2 downloadable content has been released for a good while now. It seemed to be a nice little moneymaker for Gearbox. As you can probably guess, speculation is now rife online about why the company has finally decided to give up releasing the content. At the moment, all indications are that they are working towards releasing Borderlands 3. In fact, indications are at the moment that Borderlands 3 could probably be hitting much sooner than we may think. Keep an eye out!