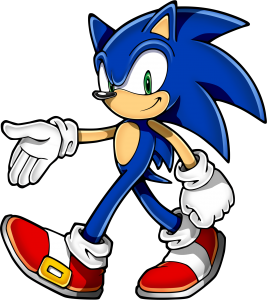 Now, I am one of the people who absolutely loves the games that are coming out nowadays. In fact, the launches of both AAA titles and indie titles over the past year have been absolutely sublime. However, from time to time we need to go back to the roots of gaming. Just for something a little bit different from the games packed with features that we see nowadays. I done that this week with Sonic the Hedgehog, originally launched in 1991.

Now, it is fair to say that Sonic, everybody’s favourite blue hedgehog from Sega, has changed a considerable amount over the years. Mostly he turned for the worst. Sonic Generations saved the franchise a little. However, nothing compares to the simplicity that Sonic displayed in his formative years.

Sonic the Hedgehog is of course a very basic platform game. We all know the drill. Even if you have never played sonic before then you will know that it is a race to the end of the stage. Along the way you will be collecting rings, some obscure cute fluffy animals, and of course, jumping on, and subsequently killing, as many things along the way. It is pure, simple game play. It really does work though.

One of the things that always griped me about the original incarnation of Sonic was that there was absolutely no way to save the game. I still remember crying when I was about eight and my dad handed me over the controller to have one go on his sonic game that he spent a couple of hours on. I wasted all of his lives within minutes. He was livid. To be fair, I would be too. Thankfully, Sonic has been emulated on a number of platforms nowadays. The great thing? They all contain a save feature! This means for the first time this week I was actually able to complete Sonic. I was overjoyed.

Sonic has actually aged pretty well. The scenery is lush, the controls are easy to get to grips with, and the game is fairly fluid when it comes to the game engine. Of course, very few people are used to the difficulty of games in the past. Remember, since these games had very few features they were built to last. If you are jumping into Sonic right now then expect to be ripping your hair out….a lot. It is still very difficult…particularly if you are used to those more modern platform games.

If you want to play Sonic the Hedgehog then you could head on over to eBay right now and pick up a Sega Genesis (or Megadrive if you are British). Of course, nobody has time to fiddle around with those cables. So do what I done and either grab a copy from Steam on the PC, on the Xbox 360 Arcade or downloadable through the PlayStation 3. It possibly is available for the Wii and Wii U. However, I have not fact checked that. You can therefore not blame me if it does not appear.